Between May 2017 and April 2020, researchers from the University of Duisburg-Essen and the University of Bielefeld conducted a study on Islamophobic discourses and positions among young people in the German state of North Rhine–Westphalia. The study was funded by the Mercator Foundation and led by Lamya Kaddor and Professor Nicolle Pfaff from theInequality and Migration Research working group at the Faculty of Education at the University of Duisburg-Essen. The questionnaire survey was conducted in collaboration with the Institute for Interdisciplinary Research on Conflict and Violence (IKG) at Bielefeld University, which has a long record of research on the phenomena of group-focused enmity. Andreas Zick supervised and Olga Janzen worked on the project.

The project was structured in three phases. In the first phase, twenty young people from different regions of the state were interviewed about their biographical narratives, their opinions on religion, migration, and society in general, and their views on Islam and Muslims in particular. In the second phase, a questionnaire survey was conducted to investigate attitudes to Islam and Muslims among approximately five hundred young people at general and vocational schools. The third step then focused on developing starting points for curricular and extra-curricular education designed to prevent and combat Islamophobia.

Two English-language publications present the research results: »…You immediately think of islamic fundamentalism« (1,4 MB) and Yes to muslims, no to islam? (1,3 MB). They summarise key findings, describe how young people relate to Islam and Muslims, and explore the dimensions of Islamophobia in young people’s attitudes. 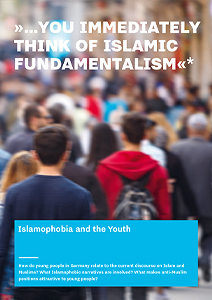 »…You immediately think of islamic fundamentalism«
Publication on how young people relate to Islam and Muslims. 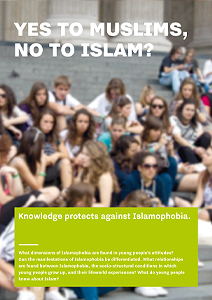 Yes to muslims, no to islam?
Explorative survey on dimensions of Islamophobia in young people’s attitudes